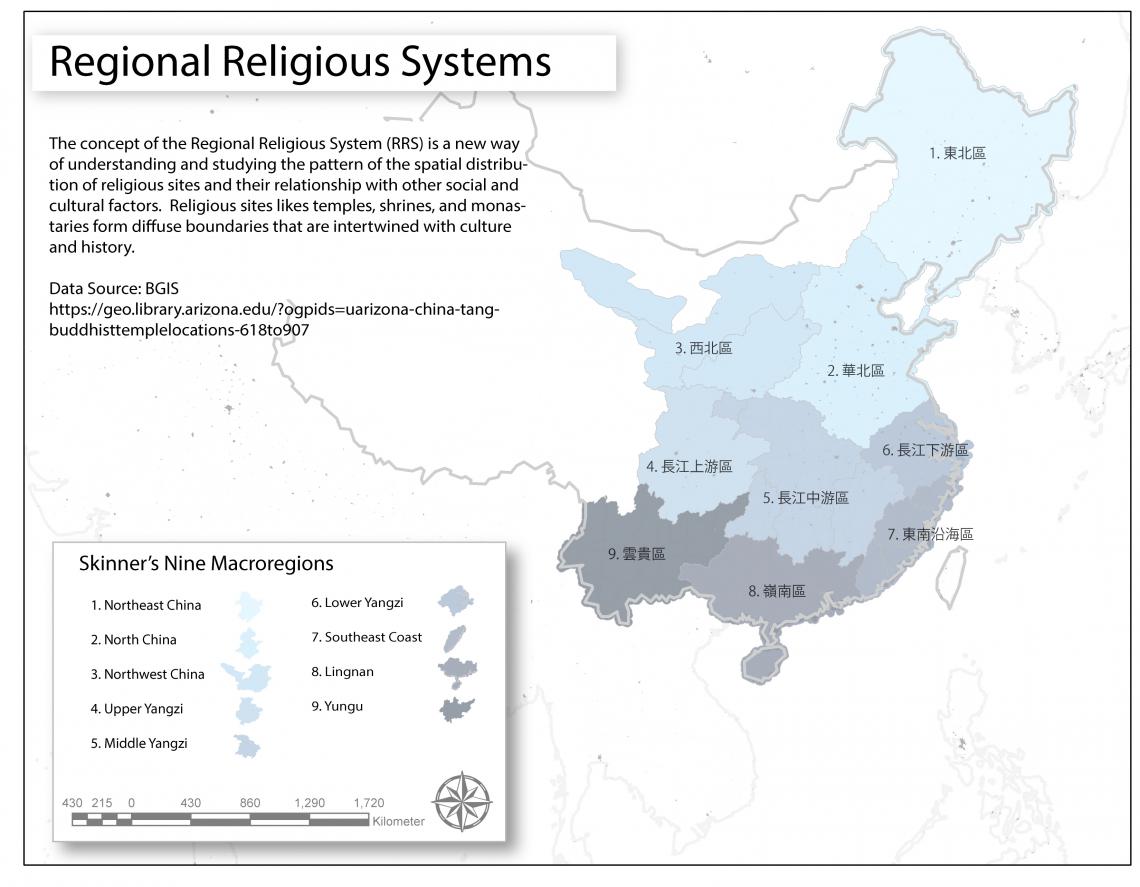 Religious sites in China can be considered the confluence of many religious elements that coexist in a delineated space with consensus and justification among the participants of religious activities on the sites. The concept of Regional Religious Systems (RRS), describe spatial formations of religious sites with special patterns and features related to various natural, administrative, political, economic, social, and cultural factors that are regionally and locally distributed. Understanding the complexity of these RRS is supported through spatial data collection and analysis.  Dr. Jiang Wu at the Center for Buddhist Studies at the University and his colleagues are using GIS to help understand these RRS by developing a searchable relational database of Chinese Buddhist monasteries in the world as well as publishing a volume authored by leading experts on the topic.

To learn more about how GIS illustrates the spatial patterns of pilgrimage routes, temples, monasteries, both historical and current, download the data here and visit the Center for Buddhism Studies' project home here