As small recreation towns (gateway communities) become increasingly
popular places to live and invest, house prices are skyrocketing. For
people in the local workforce, it has become difficult to afford to
live where they work. This is triggering longer commutes as workers
seek housing in lower-priced areas nearby. Sometimes these commutes
qualify as “stretch commutes” (Bureau of Transportation) -- over 50
miles each way.

We have anecdotal evidence for this phenomenon, but which data will
tell a more complete story? This project studies 8 Rocky Mountain
gateway communities and uses Census LODES data to track jobs, and the
commutes they trigger.

Digging a bit deeper, we can look at where people commute to, and
compare house prices in those secondary areas with house prices in the
primary community. This clearly shows that there is an affordable
housing problem in these recreation economy communities, and local
workers must commute to seek lower-cost housing in nearby towns. 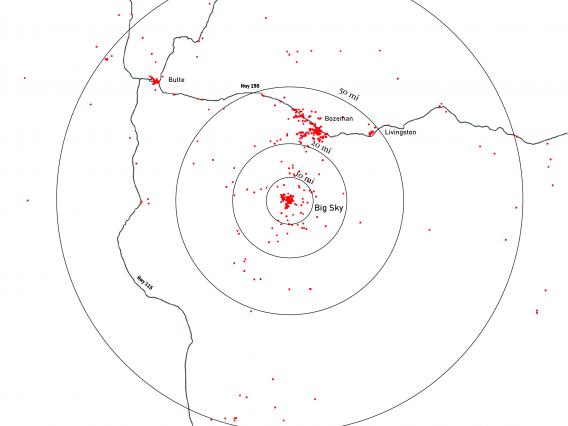 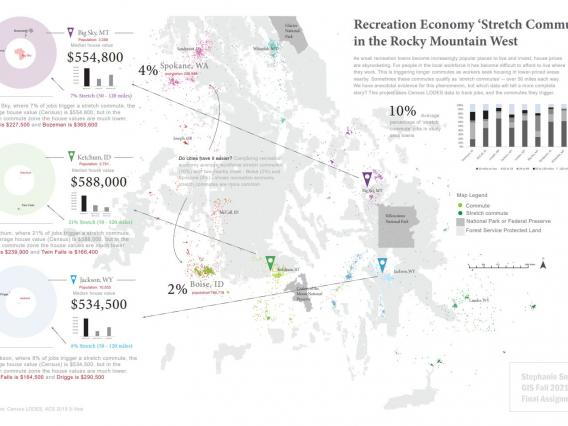